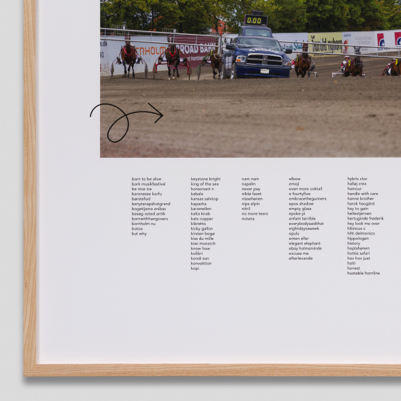 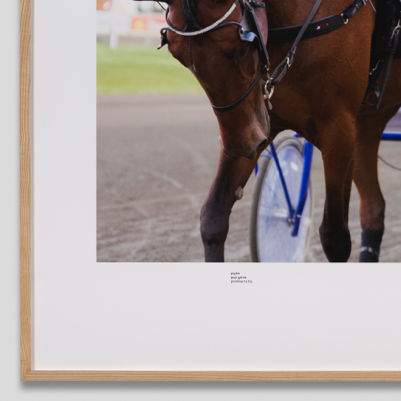 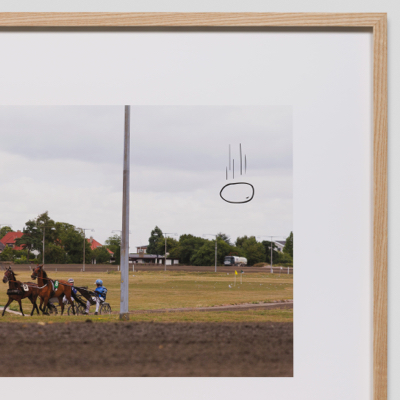 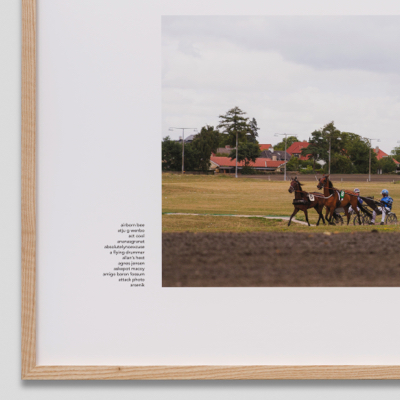 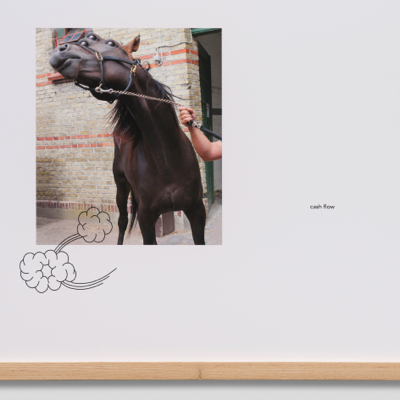 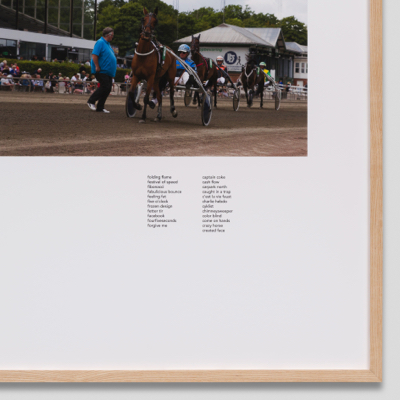 Part of a series of five works.

The works are digital compositions in which photos from Charlottenlund Horse Racing Track and the names of the horses are combined with drawn elements. The names of the horses result form a number of rules and  but behave unpredictably, superstitiously and poetically within the framework of these rules:

The names are approved by "Dansk Travsports Centralforbund" according to the following rules: All horses born in the same year have the same initial. Since the letters Q, X, Y, Z, Æ, Ø and Å are not used, there are 20 years between each A-year. Names must be max. 20 and min. 2 letters. A name can be rejected if it can be mistaken for an already registered name, or if it is deemed inappropriate (eg idiot or similar). However, this seems to be taken with a grain of salt, since names such as Feeling Fat have been approved.

In addition, various factors such as superstition, sponsorships and breeding history play a part in the naming - a horse can thus very well be called E Fourtyfive, eBay Holmsminde or simply Facebook. Whether the latter got its name due to a sponsorship from the powerfull social media giant or because of hopes of extra progress by the power of association, I do not know.

The stock market is often compared to games of chance - bets ​​whose outcome is random. A more obvious comparison, however, is horse racing, which is not considered a game of chance, since it requires knowledge to win. There are, of course, significant differences between the two - despite the many factors that can affect the outcome of a race, the world of horse racing is a small closed system compared to the stock market, where in principle infinite variable factors can affect which shares "win". However, both are complex and unpredictable systems where, in the absence of better solutions to interpret and understand, we often use superstition.

BORN TO BE ALIVE

born to be alive

king of the sea

hey look me over

caught in a trap